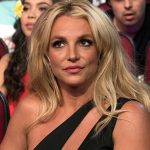 Britney Spears is continuing to speak her truth regarding the conservatorship and social media critics in a new post.

Just one day after the pop icon called out people “closest” to her for their lack of support, Spears uploaded another passionate post addressing her Instagram dance videos.

“For those of you who choose to criticize my dancing videos… look I’m not gonna be performing on any stages anytime soon with my dad handling what I wear, say, do, or think! I’ve done that for the past 13 years,” she begins.

“I’d much rather share videos YES from my living room instead of onstage in Vegas where some people were so far gone they couldn’t even shake my hand.”

The Baby One More Time singer went on to say that she “quits” and felt like she was being restricted creatively.

“And no I’m not gonna put on heavy makeup and try try try on stage again and not be able to do the real deal with remixes of my songs for years and begging to put my new music in my show for MY fans … so I quit,” she explained.

Spears also called out her sister, Jamie Lynn Spears, for performing her remixed songs at an award show and said her “so-called support system” hurt her.

“This conservatorship killed my dreams… so all I have is hope and hope is the only thing in this world that is very hard to kill … yet people still try,” she exclaimed.

“As I said… hope is all I have right now… you’re lucky I post anything at all… if you don’t like what you see, unfollow me!”