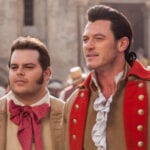 In an interview with the Just for Variety podcast, Gad talked about LeFou and the show potentially exploring his sexuality.

“You’re going to have to tune in when this show airs to see what we’re working up,” he said.

“But in the process of working on it, we’re asking ourselves every relevant question about these characters and endeavouring to do right by them and by this world.”

“I think we have origin stories here that are unbelievably exciting because they’re unexpected. And I think ‘expect the unexpected is all I can really say.”

LeFou was confirmed to be gay in the 2017 live-action blockbuster when he danced with a man at the end of the film.

The moment only lasted a few seconds, but it was enough to get the movie banned or given an adult-only rating in several countries.