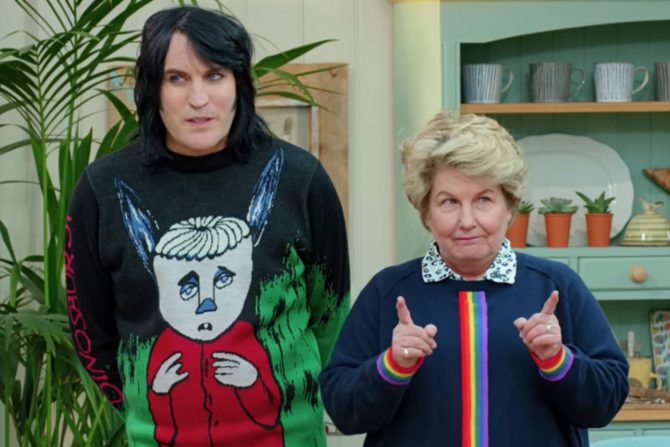 Great British Bakeoff has been known to embrace a cheeky joke or two–that’s one of the reasons the lighthearted Netflix cooking competition is so popular–but whoever is in charge of the show’s social media just took things a step further. And gayer.

We think this person deserves a raise.

The official GBBO account tweeted a screenshot from one of its many episodes with the closed captioning displaying: “Is the top straight?”

The post quickly gained steam on Twitter and GBBO was right there to keep the joke afloat.

“I can’t believe this is the real GBBO account i-” one commenter posted, prompting this reply from the show:

“There’s an innuendo in this tweet? We’ll have to get to the bottom of this.” Zing!

There’s an innuendo in this tweet? We’ll have to get to the bottom of this. #GBBO

“Whoever runs your socials deserves a raise for this one,” another wrote, to which GBBO responded:

“Why thank you! Yes, all the socials. Versatility is everything.” Zing!

Why thank you! Yes, all the socials. Versatility is everything. ?#GBBO

Other followers weren’t so lucky to get a personalized response, but had reactions to share:

Only til he meets me

I really had to check if this was the official BBO account ?

What’s worse? A straight top or a pic.twitter.com/7BSipoaFKe