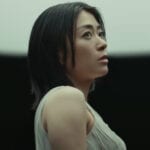 Pop superstar Hikaru Utada has come out as a non-binary in a new social media post.

The popular Japanese-American singer took to their Instagram to open up about their identity in a lengthy post.

“I’m sick of being asked if I’m “Miss or Missus” or choosing between “Miss/Mrs/Ms” for everyday things,” they said. “It makes me uncomfortable to be identified so markedly by my marital status or sex, and I don’t relate to any of those prefixes. Every time, I feel like I’m forced to misrepresent myself.

“I long for an alternative option, one that anybody of any gender or social standing could use. After writing thus far I looked it up and discovered that “Mx.” (pronounced as “mix”) has been suggested!”

Hikaru Utada made waves in the music scene when they released their Japanese debut album, First Love. The record was a commercial success and became the best selling album of all time in Japan.