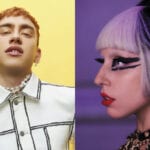 The British singer, who performs the track under his Years & Years moniker, has reimagined the top 10 hit for the superstar’s 10th anniversary edition of Born This Way.

He follows in the footsteps of stars such as Big Freedia, who covered Judas, Orville Peck, who covered the title track, and Kylie Minogue, who covered Marry the Night.

The 10th anniversary of Born This Way will feature the 14 original tracks in new packaging, along with six reimagined versions of songs from the album “created by artists representing and advocating for the LGBTQIA+ community”.

News of the special edition arrived shortly after Gaga celebrated the anniversary of the album in West Hollywood, where she danced/sung with fans and received keys to the city, as well as a proclamation naming 23 May as “Born This Way Day”.

Born This Way received critical acclaim upon release and featured smash singles such as the title track, Judas, The Edge of Glory, Yoü and I and Marry the Night, as well as fan-favourite tracks Government Hooker, Scheiße and Heavy Metal Lover.

It has since sold six million copies worldwide.

Check out the tracklist for Born This Way: The Tenth Anniversary below.

Listen to Years & Years’ version of The Edge of Glory here on Apple Music or below.

The post Listen to Years & Years’ incredible cover of Lady Gaga’s The Edge of Glory appeared first on GAY TIMES.