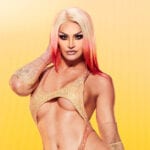 RuPaul’s Drag Race All Stars 6 will be airing on WOW Presents Plus in the UK.

According to the streamer, the highly-anticipated sixth season will premiere on the platform on 24 June – the same day as it debuts on Paramount Plus in the United States.

Although the previous season aired on Netflix for British viewers, the streaming service hasn’t confirmed whether it will do the same this year.

The post Drag Race announces major change for All Stars 6 in the UK appeared first on GAY TIMES.