Just Like Us has released their full report on LGBTQ+ inclusion in schools.

Conducted by Cibyl on behalf of the LGBTQ+ young people’s charity, the independent research surveyed 2,934 pupils aged 11-18 (1,140 of whom are LGBTQ+) across 375 schools and institutions in the UK.

The research covered anti-LGBTQ+ bullying, wellbeing, sexual harassment, mental health, the struggles of coming out and more. Honestly, the results are quite harrowing and proves that growing up LGBTQ+ in the UK, in 2021, is still extremely tough.

According to their data, 42% of LGBTQ+ school pupils have been bullied in the past year, double the number of non-LGBTQ+ pupils (21%). One in five (18%) LGBTQ+ pupils also said they’ve never told anyone about being bullied, and just 21% informed a teacher.

Only 33% of LGBTQ+ pupils said there’s a clear system in place for reporting anti-LGBTQ+ bullying in their school.

The study, ‘Growing Up LGBT+’, also discovered that only 40% of LGBTQ+ staff are out to their pupils, “signalling that the majority of LGBTQ+ teachers feel forced into hiding who they are, their families or who they are married to at work.”

This number drops to 65% when their school boasts positive messaging about being LGBTQ+.

This also benefits non-LGBTQ+ students, with 33% who have never had positive messaging at school admitting to have contemplated suicide. Again, this number drops to 28% when there is.

Speaking with Just Like Us, a Year 12 bisexual student from the South West said “literally any” LGBTQ+ inclusive education initiatives would benefit them as they “just need to be able to express” themselves at school.

“There is nothing at my school that makes a positive difference to my life,” they said. “It’s almost as if the government practically forbids schools to teach about LGBTQIA+ and our struggles.”

When asked what would help them most at school, a Year 13 pupil from the North West responded: “I would love to have support for staff to come out but not forced to come out. Teenage boys are scary and it could be unsafe.”

Dominic Arnall, Chief Executive of Just Like Us, is calling for all schools and institutions to better demonstrate their alliance to the LGBTQ+ community and to reassure students of their safety. 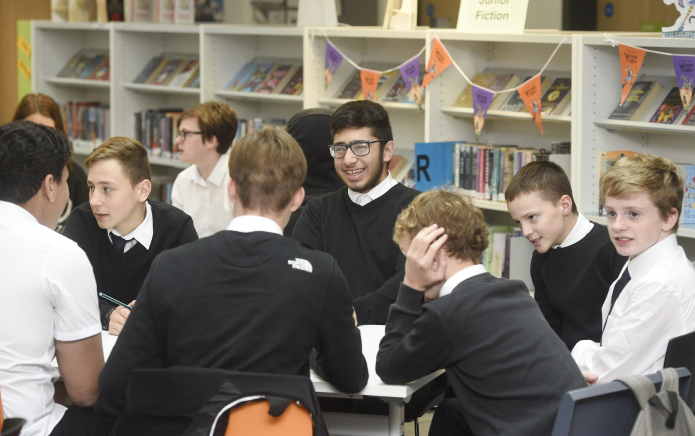