Public Domain is a fun but flawed new musical – review

The ambitious new musical, which originally streamed from Southwark Playhouse during lockdown, has now transferred for a limited West End run at the Vaudeville Theatre.

We were intrigued when we heard about new musical Public Domain, which bills itself as “like Black Mirror but real and set to music”. The verbatim show, written and performed by Francesca Forristal and Jordan Paul Clarke, is told entirely through the real-life words of vloggers, influencers, ex-Facebook employees, and Mark Zuckerberg and his family, interspersed with the testimony of everyday social media users. It certainly sounds like an interesting premise for a new show.

There isn’t really much of a plot – it’s more presented as a series of snapshots of different events that have unfolded since the mid-2000s. We do gain a few insights into the lives of gay YouTuber Z, who drops out of school at 16 to focus on his channel, and influencer Millie, who posts entertainingly banal content about health and wellness; but we’re also offered insights into the lives of Zuckerberg and various Facebook ex-employees, and testimony lifted from legislative scrutiny of social media platforms. It flits around rapidly, which feels a bit muddled at times.

Our biggest bugbear with the show, however, is that it all just feels a little too shallow. It doesn’t really explore the perils of our increasingly online lives in great detail – the message seems to be “social media can be really bad” without unpacking that further, and very little is made of the positive case for online connections. This feels especially incongruous given the events of the past year and how social media has pretty much been everybody’s coping mechanism. 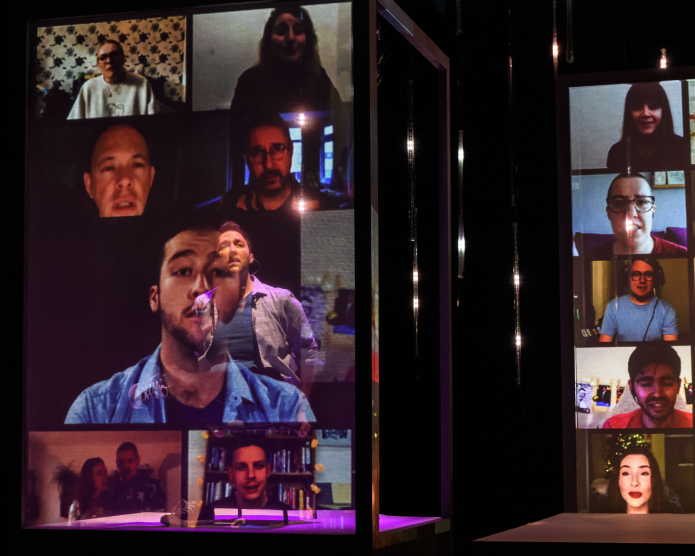