Is a gay ‘Real Housewives’ series on the horizon? Andy Cohen drops a hint… 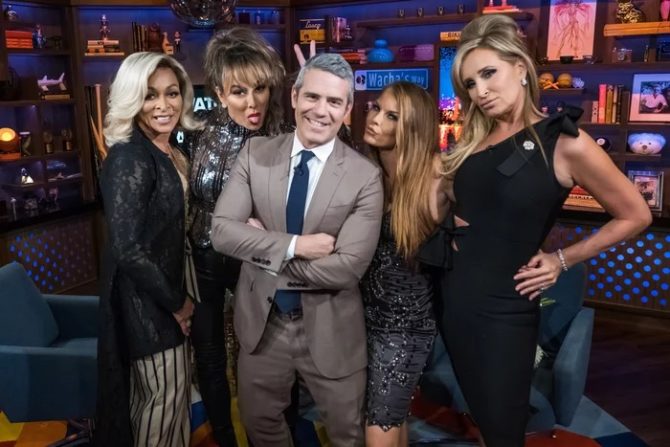 “We’ve talked about that. It was something that we were really into many years ago. We’ve almost cast several lesbians. I think when you start casting gay men, it just, it’s ultimately a show about women. And which is why, the guys have always been in the background, like the husbands have typically been more in the background. And so I think the answer is we’ve been open to it. We almost cast a guy on Jersey who was Dina Manzo’s brother and Caroline’s brother as the first gay housewife. This was years ago. This was like 2008 or nine or something like that. But we wound up just not doing it. If the right person smacked me in the face, yeah.”–Producer & talk show host Andy Cohen, discussing the possibility of adding gay men or lesbians to the Real Housewives franchise. In an interview with the podcast Going to Bed with Garcelle Cohen revealed that he and Bravo had considered as much, and didn’t rule out the possibility in the future.