Billy Porter has shared the first look at his character in Cinderella, and he looks absolutely jaw-dropping.

In the photo, which Porter shared on Twitter, Fab G can be seen in an orange and embellished belted gown – wand in hand.

With his mug beat for the gods and fashion game strong, it’s clear this will be a completely different take on the iconic character.

In all honesty, we’re unsure how Cinderella’s transformation can possibly top this look of Porter’s, but we’re excited to see Cinderella try.

In an interview with CBS, Porter said of his character:  “It hit me when I was on the set last week, how profound it is that I am playing the fairy godmother — they call it the Fab G. Magic has no gender.

“We are presenting this character as genderless — at least that’s how I’m playing it. And it’s really powerful.”

Porter continued to say that this version of Cinderella will be “a classic fairytale for a new generation”.

Described as a modern reimagining of the iconic fairytale, the long-awaited new version will star Havana songstress Camila Cabello as Cinderella.

According to Prime Video, the film is a “musically-driven bold new take on the traditional story you grew up with,” and follows “an ambitious young woman whose dreams are bigger than the world will allow.”

The official synopsis continues: “But with the help of her Fab G, she is able to persevere and make her dreams come true.” 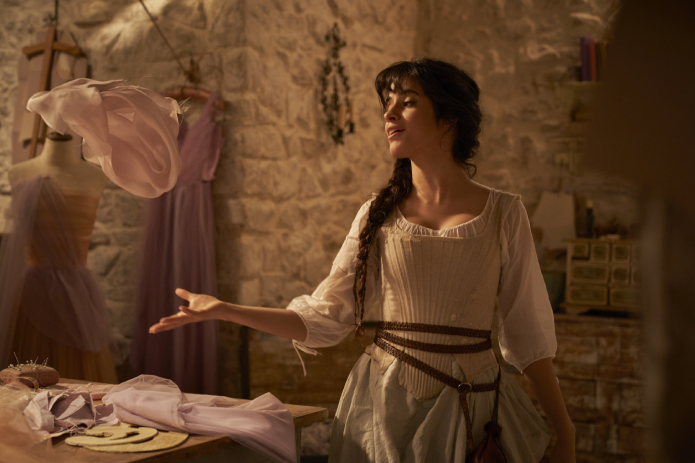 Cinderella will launch exclusively around the world in 240 countries and territories on Prime Video this September.

Jennifer Salke, Head of Amazon Studios, said in a statement: “Cinderella is a classic we all know and love, but this time with a modern unique twist and starring the sensational Camila Cabello and an all-star cast.

“Producer James Corden and the filmmaking team have taken this beloved fairytale and revamped it with a fresh, empowering perspective that will resonate with audiences and families around the world.

“We couldn’t be more excited for our global customers to sing and dance along to director Kay Cannon’s reimagination of this classic story.”

Porter currently stars as his Emmy Award-winning character Pray Tell in the third (and final) season of Pose, which airs Sundays in the United States on FX. Check out his fabulous ensemble as Fab G below.