Exclusive: Michelle Visage says fans will be “blown away” with Drag Race Down Under

Michelle Visage has teased the long-awaited first season of RuPaul’s Drag Race Down Under.

The Australasian spin-off, which premieres this Sunday on BBC iPlayer, introduces ten fierce Australian and Kiwi contestants to the ever-expanding franchise and sees the return of both Michelle and RuPaul.

Although the latest international version has been rumoured for years, with first reports of the series dating all the way back to 2019, Michelle tells GAY TIMES that all of those rumours were, in fact, false.

“Everybody was saying, ‘It’s signed, it’s done, it’s gonna happen!’ I would text the producers like, ‘Really?’ and they’re like, ‘No.’ So, these were all rumours the whole time,” she reveals over Zoom.

“They had been talking about it for years, the same way I was begging for a UK version for years, but that doesn’t mean it’s gonna happen. People don’t realise how long it takes to actually get a TV show on the air.”

Michelle says she and RuPaul were “so glad” to head Down Under due to their affinity for Australian and New Zealand culture, and to pay homage to the “incredible films and people” that have been birthed from Australasia.

“I’m so glad that we were absolutely able to get it done, and I think you’re gonna be blown away,” she says.

Down Under will be the third series in the Emmy-winning franchise with Michelle and Mama Ru as permanent panellists after the US original and Drag Race UK. Michelle also memorably guest starred on the first season of Canada’s Drag Race.

When we ask Michelle if Drag Race UK paved the way for an Australasian spin-off, she hesitates before responding: “I don’t know if you can credit anything except the producers for working their asses off to get these done. 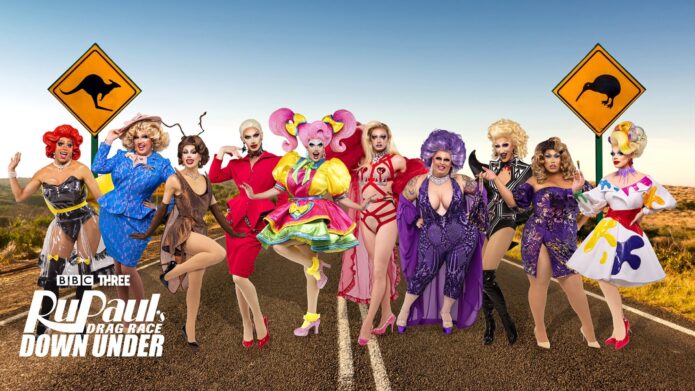 “I was in on the meetings to get RuPaul’s Drag Race UK, and the reason I did Celebrity Big Brother was to get that show made, to get attention for the channel at the time, to get people to see how much the fans love RuPaul’s Drag Race.

“We brought it to every channel and they were like, ‘Nope. Don’t want it. No thanks. Too niche. It’s a gay show.’ It was turned down by everybody.”

Michelle praises the BBC for “taking a chance” on Drag Race UK, which has since become one of the most-watched shows on BBC iPlayer. The first season was reportedly streamed over 10 million times on the service.

“For me, I definitely think the world went, ‘Oh my goodness.’ The whole point of the UK having their own series was to highlight UK drag, not to turn them into American drag, but to highlight and celebrate UK drag,” she continues.

“That’s really what we do and what it’s about. Nobody wants to turn them into something that they’re not, we wanna celebrate what they are already, and that’s what we do in Down Under as well.

The Seduction songstress, who recently became the sixth unofficial member of Steps for their Heartbreak In This City remix, also reveals how her and RuPaul’s roles on the series have swapped, almost, from Drag Race UK to Down Under.

“It’s really fun because we get to bounce off of each other, make fun of it, within each other, and learn some things about the culture. I learned a lot about Māori culture when I was in New Zealand, which I didn’t know anything about.”

Michelle adds: “I think you’re gonna love it, it’s such a great series. I felt so sad when we wrapped it, and so good because it was so strong. We didn’t know what to expect. It’s series one! You never know with series one, just like the UK.” 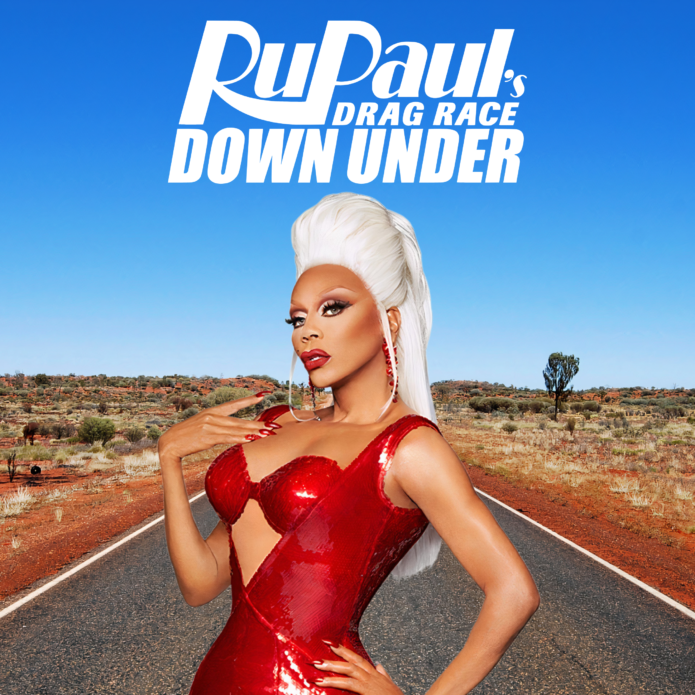 The post Exclusive: Michelle Visage says fans will be “blown away” with Drag Race Down Under appeared first on GAY TIMES.