We have a new winner, baby!

RuPaul has inducted a brand new champion into the Drag Race Hall of Fame following a Britney-themed smackdown for the crown.

In a first for the Drag Race finale format, the top four then competed in a ball with three distinct looks: black and white, red-all-over and grand finale eleganza extravaganza. Some of these looks… Honey, we were not ready!

As per, the queens went on to discuss their time on the series in a one-on-one with RuPaul, which featured special guest appearances from their family members, as well as Paris Hilton, who popped by to condragulate Gottmik on her instantly iconic Snatch Game-winning performance.

The finale took a poignant turn when the top four lip-synced to Bette Midler’s Friends. The segment honoured 40 years since the beginning of the HIV and AIDS crisis, as well as the millions of lives lost due to the coronavirus pandemic.

“You are a great friend, you are a good person. I miss you so much,” said an emotional Thorgy, while Heidi hailed Chi Chi as a “queen who didn’t have all the finest things, but she had the talent and the ability and all those fixings that just made her how special she really was.”

Enter… the wheel. After the dial landed on Kandy and Rosé, the two fierce queens competed in the first lip-sync smackdown to the beat of Britney’s EDM employment anthem Work Bitch. Despite her better track record, Rosé became the first finalist to sashay away and Kandy advanced to the final. 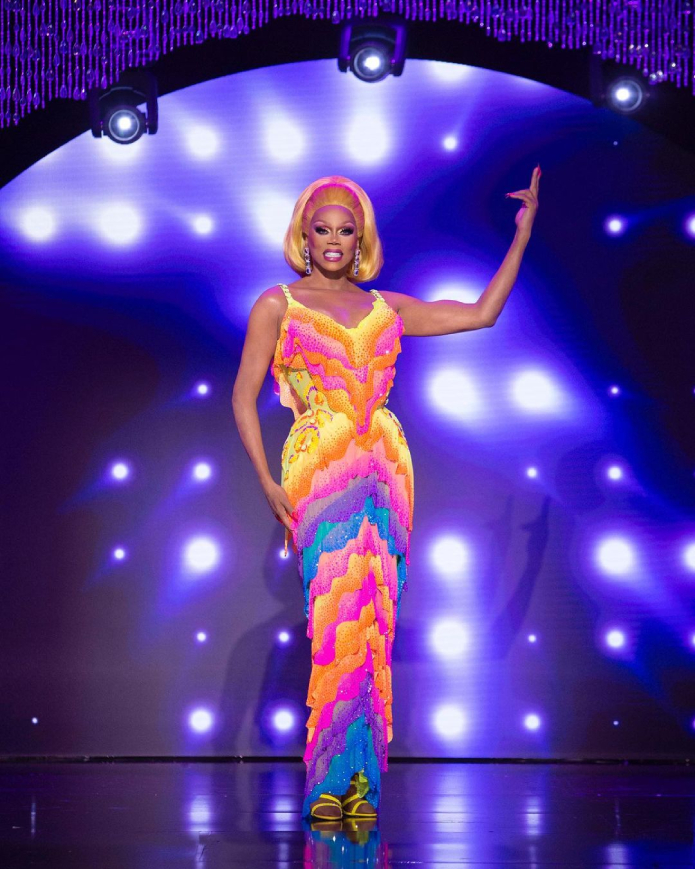 Before her exit, Rosé thanked RuPaul for her time on the series and offered a message of hope to viewers: “This show and you have changed my life. I’d like to encourage everybody in the world to never stop working and never give up.”

In the second round, Gottmik and Symone battled it out to Gimme More, which continued to see the impact of Sasha Velour’s rose-petal stunt from season nine as the queens pulled out trick after trick. Ultimately, Symone’s seductiveness won over Gottmik’s splits and kicks, and she departed the stage to join Kandy in the final showdown.

“My whole life I was told I couldn’t do drag, let alone be on this show, and now I’m standing with you on the main stage in the top four, so I could not be prouder,” said Gottmik. “Let’s crash the cis-tem, you guys!”

In line with previous years, Heidi made her ruturn to announce LaLa Ri as the latest queen to earn the Miss Congeniality title. She follows in the footsteps of legendary contestants such as Latrice, BenDeLaCreme, Katya, Valentina, Monet X Change and Nina West.

Imagine there’s some dramatic music playing over this sentence, because the time then arrived to crown a new queen. A fitting final lip-sync to Britney’s Till The World Ends saw RuPaul crown – drum roll please! – Symone as America’s Next Drag Superstar and the successor to Jaida Essence Hall.

Taking to Instagram after the finale, Symone told her followers that she loves “every single one of y’all from the bottom of my heart,” before thanking her family, friends and fellow members of the House of Avalon – which includes season 12 runner-up Gigi Goode.

“It has been the most magical ride of my life and it is my honor to be your reigning queen!” she wrote. “Oh and remember; DONT LET THE SMOOTH TASTE FOOL YA BABY!”